The Maryland and criminal justice system can be complex, intimidating, and
unforgiving in the absence of experienced legal counsel
Home » Blog » Seth Okin on Public Intoxication 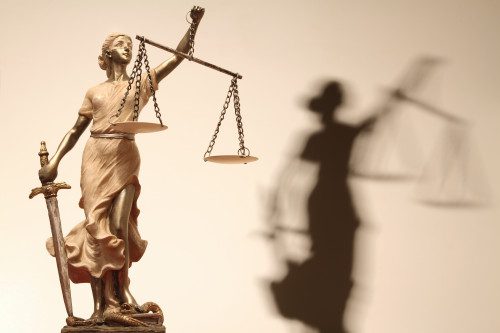 The following blog is excerpted from a transcription of an interview with attorney Seth Okin in which he discusses public intoxication charges in Maryland.

What is considered public intoxication in Maryland?

Seth Okin: Public intoxication is very different no matter where you are. Every state is significantly different. In Maryland, public intoxication could be anything from having a drink to actually being drunk in public. You also have to be doing something that would endanger the safety of people or property or cause a public disturbance of some type. The penalty can be as low as a $100 fine or could include 90 days in jail. The penalties increase from there depending on what else is involved. Charges of public intoxication can also be combined with disorderly conduct, and often when law enforcement officials attempt to stop the disruptive behavior, the person does not listen and gets charged with failure to obey lawful order. There is often more that goes along with a public intoxication charge and it can exacerbate other charges. If you are indicted, the first thing I ask is whether you were intoxicated and, more importantly, whether it was in a public place. If it was not in a public place, then it is not within the code. If it is in someone’s home, on someone’s property, or at a private country club or restaurant, then that is not considered public. In cases where you’re charged with public intoxication, the most important things are where you were actually drunk and whether you were actually in public. Then there is also the factor of whether you were creating some form of disturbance or endangering people or property. This is a law that you can break down very literally using the dictionary definition of “public” and “intoxication.” You can actually look for it yourself, which makes it a very amusing charge to explain to a client. It is very literal, so if the attorney prosecuting the case cannot prove those two things, they have no case.

What advice would you give to a client who is charged with public intoxication?

Seth Okin: If you are charged with public intoxication, you need to contact an attorney who can break down the law itself. It is an exceptionally literal crime. In these situations, if the exact use of the law and the exact event do not match up, then you should not be convicted.

What are common mistakes that individuals facing this charge make?

How does the state prove that someone was actually intoxicated in public?

Seth Okin: If you are charged with public intoxication, you are usually either issued a citation by an officer or you are arrested and taken to the station. If you are being disorderly, they may also take you to the police station. They generally don’t give you a breathalyzer. If your breath smells like alcohol, that is how they will write the citation for being in a public place under the influence of alcohol.

Does a person have to be doing something nefarious in order to be charged with public intoxication or could they be sleeping on a bench in a park because they had a lot to drink and they needed a nap, for example?

Seth Okin: If you are sleeping in a public forum, then you are not posing a threat, putting other people in danger, or being a safety hazard. However, if you are at a football field screaming at people as you walk through the stadium or the parking lot and you are asked to stop but you don’t, then at that point you could possibly be charged with public intoxication.

Why is it important for someone to hire an attorney early on if they are charged with public intoxication?

Seth Okin: You would ideally contact an attorney as soon as you have been charged with a crime. If you have an issue with alcohol, perhaps they could get you an alcohol assessment or get you some counseling. You could also do some community service before you go to court, which would look better in front of a judge.